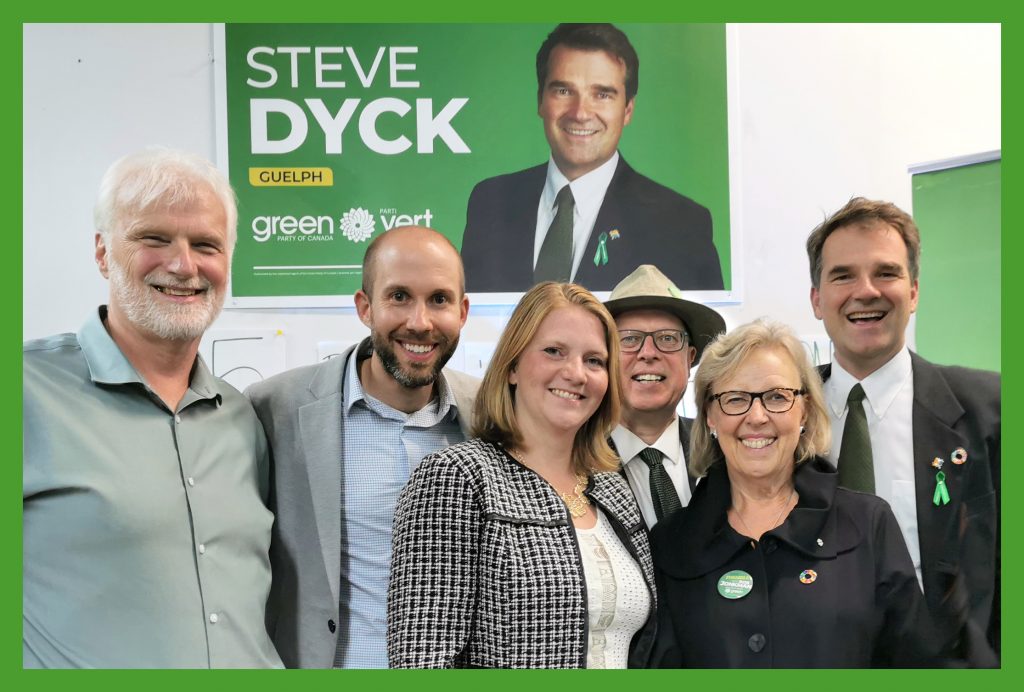 The Green Party platform has been released! The budget has been submitted to the Parliamentary Budget Office for review. We expect the costing report before the end of September.

Here are some of the issues I expect to pursue in Ottawa:
Electoral Reform

In 2015 Electoral Reform was discussed at election debates across the country. In Waterloo region Fair Vote Canada held electoral reform debates in Kitchener Centre, Waterloo and Kitchener Conestoga. None were attended by incumbent Conservative Candidates, but the Liberal candidates told constituents they were on the same side of this issue as the other parties, and assured voters 2015 would be Canada’s last First Past The Post Election. We’ve seen how that turned out. With the other three Candidates deferring to me on virtually every question, instead of publishing the video as a debate, we decided to package my answers as a Proportional Representation explainer video. What follows is the post election version:

Although the Liberals are anxious for this issue to go away, Canadians are not. Prince Edward Island’s second Proportional Representation Referendum held in conjunction with their Provincial Election didn’t get through but it was close. Of course PEI’s Green electoral reform champions went from a single seat in the last election to becoming the Official Opposition. Meanwhile in Quebec, all the opposition parties campaigned on implementing Mixed Member Proportional Representation. The newly elected CAQ hasn’t just reiterated the promise, they’ve begun the process of carrying it out. No matter what happens, Canadians will be talking about Proportional Representation. The benefits of proportionality go beyond party proportionality. What follows is a (much longer) presentation on Proportionality I delivered at the 2016 Cross Cultures annual UN Day for Elimination of Racial Discrimination celebration in Waterloo Region:

Electoral Reform continues to be a crucial issue, because we need representative government to tackle all the problems facing us, up to and including Climate Change. Whether or not there are any official electoral reform debates on this year’s campaign agenda, you can be sure I will bring it up in every debate. If enough Greens are elected in what is most certainly going to be a minority government, we may get Proportional Representation sooner than we think.

Another issue that remains unremedied by the current Liberal Government is Bill C-51.

Instead of attacking poverty piecemeal, without going far enough to solve the problem, the Guaranteed Livable Income would provide a basic income not only adequate, but universal. A considerable economy would be achieved through the elimination of means testing alone. Such a change would eliminating the extensive bureaucracy that currently exists to police the poor (to make sure they are poor enough) and transform the adversarial system we have now into a system in which social workers would be free to help those who need it. The subsequent cancellation of the pilot by the new Progressive Conservative government didn’t save money, it wasted 2 years of investment. Even so, having made their own noises about investigating basic income, it would have been reasonable for the Federal Liberals to adopt the project, Not only that, by picking up the tab for the final year, they would have walked away with three years worth of data for the price of one. Instead, they opted to allow it to sink like a stone. The Green Party, on the other hand, is committed to solving poverty, and its GLI (Guaranteed Livable Income) is a key component of this policy. the GLI won’t just ensure our most marginalized citizens have the means to survive, it would begin to erase the stigma of poverty. And the benefits of such a program will not only result in a healthier happier population, but will provide a safety net that will make it possible for inventors to invent and creators to create, ultimately enriching us all. The Green Party’s Guaranteed Livable Income would do it right.

Canada is the only country that provides Universal Healthcare without ensuring citizens have the access to Universal Pharmacare necessary to allow everyone access to the treatment they need. Without Universal Pharmacare, sick people can’t afford to fill their prescriptions, or perhaps take less of the medicine they need to make the prescription stretch farther. Such false economies ultimately cost the healthcare system even more because instead of getting better, patients get sicker still. Emergency Room visits are far more expensive than the cost of a timely handful of pills. Canada’s Baby Boomer generation is only now starting to draw deeply on a health care system that’s barely coping, but the current government chose not to address the shortfalls with adequate funding. The Green Party believes Canada’s Universal Healthcare should be truly universal, including above the neck care (vision, dental and mental health). It’s time to reverse the erosion of health care privatization through adequately funded provincial healthcare for all.

Canada truly needs to decolonize. The continuing systemic discrimination and human rights violations against Indigenous peoples — genocide — needs to stop. In keeping with our core value of participatory democracy, the Green Party of Canada knows Indigenous peoples have the inherent right of self determination. The Green Party doesn’t presume to know what’s best for Indigenous peoples of Turtle Island, but has a vision of a real nation to nation relationship that is long overdue. In 2016 the GPC Special General Meeting adopted a suite of Green Party policy on Indigenous issues with a view to stopping the ongoing genocide against the Indigenous population. In light of recent Canadian mainstream media outrage against the MMIWG Inquiry’s use of the word “genocide,” it should be noted Canada’s colonial policy has been particularly hard on Indigenous women, which is why this policy attempts to begin the process of accepting the truth and working to right the wrongs.I gave a short talk on these new policies at the 2017 Cross Cultures annual commemoration of the UN Day for the Elimination of Racial Discrimination. The 2017 event’s theme was “Our Home On Native Land.”

We can’t change what’s happened, but we can stop it from continuing. All we need is political will.

Mission: Possible is our Climate Action plan, and it meets or exceeds the policy sought by the nonpartisan Canadian Green New Deal campaign.

The world’s scientists have been studying Climate Change and Global Warming for decades, and they have the answers. The only thing stopping us from implementing solutions is the lack of political will. It isn’t helpful to have governments telling us they believe in Climate Change then telling us we need to build pipelines.

Fossil fuel subsidies need to stop as well. Last year it was suggested that owning a pipeline wasn’t necessarily a bad thing, because if we own it, we can shut it down. There is no obligation to spend billions more twinning it; perhaps it could help facilitate Canada’s transition off of fossil fuels.

Carbon pricing isn’t the only solution to Climate Change: there are many, and we need to work hard on them all. The 20th Century saw the erosion of public transit: the transition away from fossil fuels doesn’t just mean a switch from oil to electric, it means we need to build mass transit. And one way to help that along is with Zero Fare Transit.

With only 12 years to the point of no return, Canada’s federal government must mobilize for a rapid and just transition. Although the bigger parties have made promises to deal with it Climate Change, our Green House Gas emissions continue to rise.

Canada needs to get serious about carbon pricing. Not only do we need to dramatically curb our emissions, we must get to work drawing down the carbon and getting it back in the ground where it belongs. To accomplish this, we need enough Green MPs in Parliament working with Elizabeth May to get the work implementing the solutions on track. 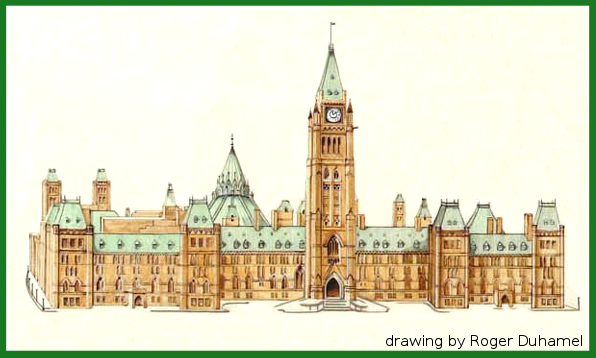 For an idea of the underlying policy from which the 2019 GPC platform has been developed, you can read Vision Green.