I Will Not Retract My Candidacy 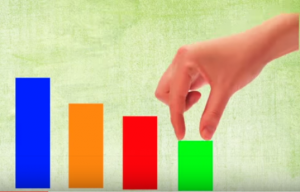 I just received an e-mail from a client, a friend, a mentor asking me to retract my candidacy:

I know that every vote that the Greens gets gives them money to put forward their ideas – which is obviously good – but we know how voting for Greens just takes away a vote from someone who might actually win.

I suggest that several days before the election have the candidates declare that they want the voter to vote for someone who can win.

Let’s suppose that you personally said “In the antiquated electoral system we have, the reality is that I cannot win this riding because of First-Past-The-Post. The Liberals and NDP have promised to bring in Proportional Representation. Hold your nose and vote them in and keep their feet to the fire so that the next time you vote Green, your vote will actually count.”

Sadly, the Conservatives repealed the law that provided the per-vote subsidy. And campaign expenses are reimbursable only if the party receives some 15% of the vote. So while a single vote is no longer a direct benefit to the Greens, a mass of votes will go a long way to defraying election expenses.

It is a common fallacy that Greens are not electable. But there are Green members in the provincial legislatures in BC, PEI, NB and the Whitehorse council, not to mention Elizabeth May with a seat in the federal parliament.

It is also a common fallacy that the Greens split the vote. In the ridings where Greens do well it is because they’re attracting people who don’t otherwise vote. The larger the voter turnout, the better Greens do. So, they’re not taking votes away from other parties. And in ridings where Greens don’t do well their portion of the vote is so small it makes no difference to the outcome. You’re better off convincing the NDP to vote Liberal, or the Liberals to vote NDP.

Please check these two videos. The first is very accessible, and shows graphically how Green votes aren’t split votes. The second video delves into the math, showing that Green votes are statistically too small to affect the balance of power in parliament.

Retracting candidacy weakens the party, so that the issues it raises will be taken even less seriously in the next election. You may have noticed that both the NDP and the Liberals are promoting their ‘green policies’ — lifted directly from the Green Party platform since 1983! This would never have happened if they didn’t consider the Green Party as a viable alternative, a real threat to their own hegemony! If they can weaken the Green Party they won’t have to have green policies, and they’ll go back to their earth-destroying policies you so abhor.

The Greens may not win this election, and I have no illusions about winning in my riding. The Conservatives won here with a majority of the votes, and the Greens were solidly in fourth place. The Greens may not win but by running, the Greens force the other parties to implement green policies. The whole point of the global Green movement is to make this Earth a better place, and if the other parties can be made to do that, even for the wrong reasons, it’s still mission accomplished.

My final word on strategic voting: It doesn’t work. There were two national campaigns in the 2011 election: a vote swapping scheme run by (Pair) Vote Swap, and a cooperative voting campaign by Catch-22. There is no evidence that either campaign or strategic voting in general had any effect at all. In fact, just the opposite — the Conservatives went from a minority position to a majority.

Vote for the candidate who will best represent you in your riding. Even if that candidate does not win, I guarantee you’ll sleep better at night knowing you did the right thing.

Bob Jonkman is a former Green Party of Canada candidate. He ran in Brantford-Brant for the 2019 federal election, and in Kitchener-Conestoga for the 2018 provincial and 2015 federal elections. Follow @BobJonkmanGPC on Twitter.
View all posts by Bob Jonkman (he/him/his) →
This entry was posted in Green Party of Canada and tagged catch-22, fallacy, first past the post, pair vote swap, proportional representation. Bookmark the permalink.

5 Responses to I Will Not Retract My Candidacy