International Day of Democracy and Voting in Canada 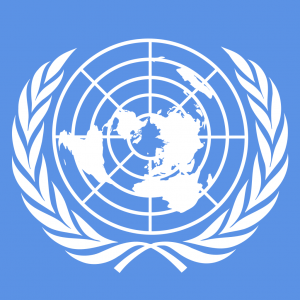 Every year the United Nations marks the 15th of September as International Day of Democracy. From their website:

Democracy is a universal value based on the freely expressed will of people to determine their own political, economic, social and cultural systems and their full participation in all aspects of their lives.

Canada is lucky to have a democratic government. We currently enjoy political self-determination without the daily strife and uncertainty that some other countries are experiencing. When the people in those countries achieve democracy there are celebrations in the streets, and when elections are called people stand in the baking sun for hours in order to cast their vote.

Some famous Canadian once said Don’t it always seem to go, you don’t know what you’ve got ’til it’s gone? This election, more than ever, we’re seeing democracy slip away from us. From the Fair Elections Act that has disenfranchised thousands of people who have no fixed address and so can’t supply adequate documentation at the polling station, to new restrictions on Registration and Voting Processes for Canadians Who Live Abroad, the Conservative government is making it harder for Canadians to vote.

The Green Party will restore democracy to Canada by fixing the Fair Elections Act to increase increase voter participation, and ensure greater fairness, transparency, and accountability in election financing.

With the new rules for ID it may take longer to get through the voting station on election day. Avoid the line-ups — you can vote in the Advance Polls taking place from 9 – 12 October 2015. Check the Kitchener–Conestoga Returning Office web site for Advance Poll locations. Or you can go directly to the Returning Office at any time and cast a Special Ballot.

Seize your rights! Vote for the person who will best represent you! I hope that’s a Green, but vote regardless!

Bob Jonkman is a former Green Party of Canada candidate. He ran in Brantford-Brant for the 2019 federal election, and in Kitchener-Conestoga for the 2018 provincial and 2015 federal elections. Follow @BobJonkmanGPC on Twitter.
View all posts by Bob Jonkman (he/him/his) →
This entry was posted in Green Party of Canada and tagged Fair Elections Act, International Day of Democracy, Joni MItchell, Returning Office, UN, United Nations. Bookmark the permalink.