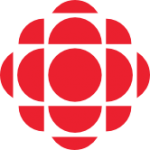 I’ve received several letters from constituents who want funding restored to the CBC:

Like most Canadians, I value public broadcasting. Yet the current government has systematically attacked the CBC. After promising not to do so, the government cut CBC funding, stacked the CBC Board with Conservative Party donors, and grabbed new powers to undermine its independence. CBC has announced major cuts and more are expected.

If you are elected, will you champion a strong CBC and work to undo the damage done to CBC’s funding and independence from government interference? This is a voting issue for me. Please get back to me before October 19th.

Thank you for your concern about CBC funding.

I’m a big fan of the CBC, and I believe that a strong, independent national broadcaster is an important part of our cultural makeup.

Happily, the Green Party agrees, and has promised to restore funding to the CBC, as well as reverse other decisions that have adversely affected the CBC’s ability to serve as an independent voice for Canadians. You can view the full statement in the Vision Green document Arts and culture: Beauty and integrity.

Bob Jonkman is a former Green Party of Canada candidate. He ran in Brantford-Brant for the 2019 federal election, and in Kitchener-Conestoga for the 2018 provincial and 2015 federal elections. Follow @BobJonkmanGPC on Twitter.
View all posts by Bob Jonkman (he/him/his) →
This entry was posted in Green Party of Canada, Policy and tagged CBC, funding, national broadcaster. Bookmark the permalink.