Promoting Participation in the Election 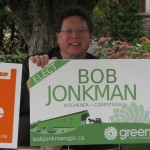 I received a call from a gentleman last week, asking for a sign. Happy to oblige! When I got there, I saw that he already had three signs for the other candidates on his lawn.

He told me that his purpose was not to advertise his political affiliation, but to promote awareness of the election and the candidates’ names. And he also complimented my sign because it is the only one to recognize Kitchener–Conestoga with the picture of the Kissing Bridge!

Thank you, sir, for encouraging others to become politically engaged!

You can request a sign from the Green Party website or make a donation to my campaign. 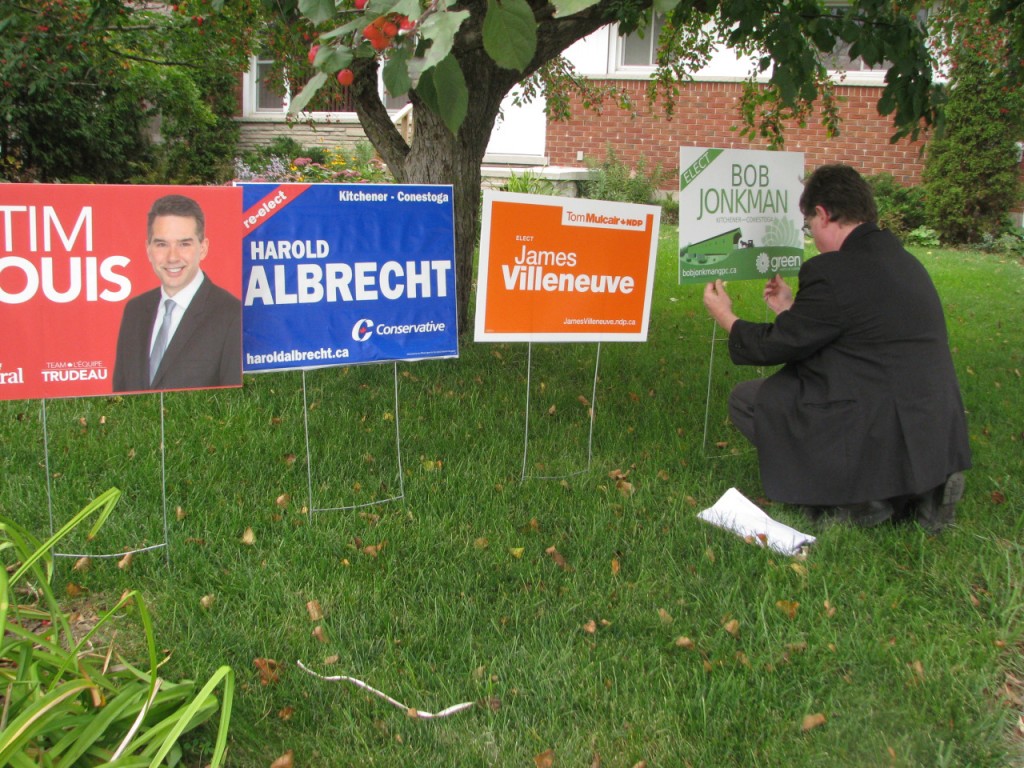 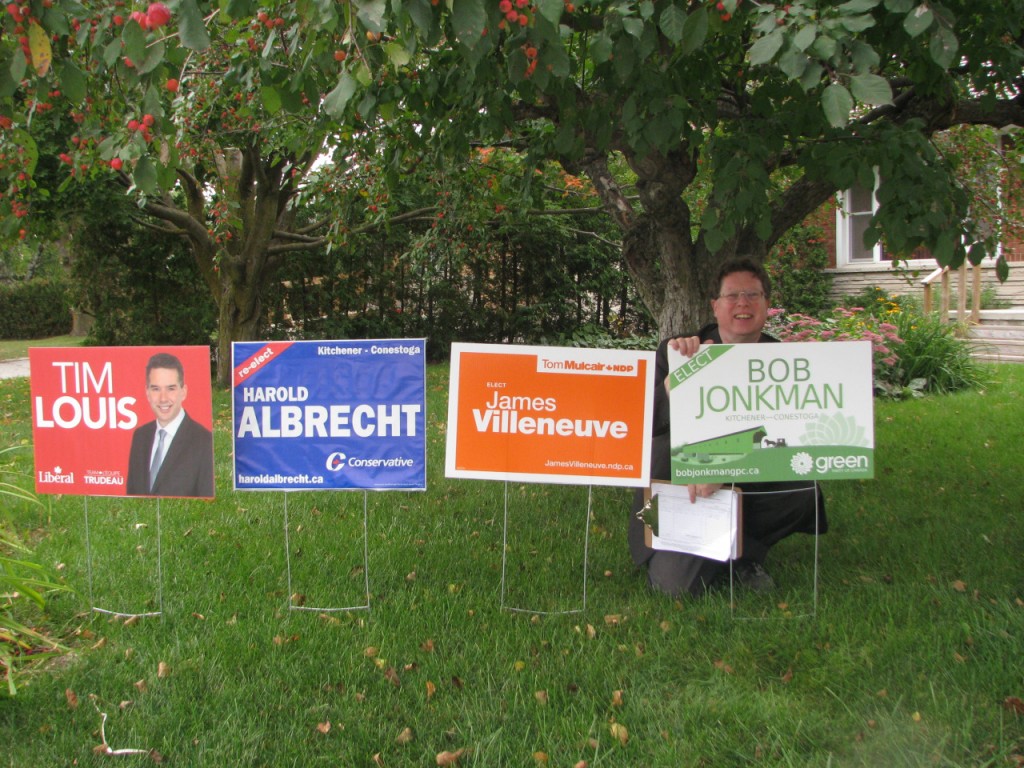 Bob and the other signs

Bob Jonkman is a former Green Party of Canada candidate. He ran in Brantford-Brant for the 2019 federal election, and in Kitchener-Conestoga for the 2018 provincial and 2015 federal elections. Follow @BobJonkmanGPC on Twitter.
View all posts by Bob Jonkman (he/him/his) →
This entry was posted in Green Party of Canada and tagged lawn signs, participation. Bookmark the permalink.