My Interview on the CBC

The candidates in Kitchener–Conestoga were invited to a panel discussion at the local CBC station in downtown Kitchener today. We were all crowded into the small studio — Amanda Grant thinks it may have been the cosiest setup in the station’s history! 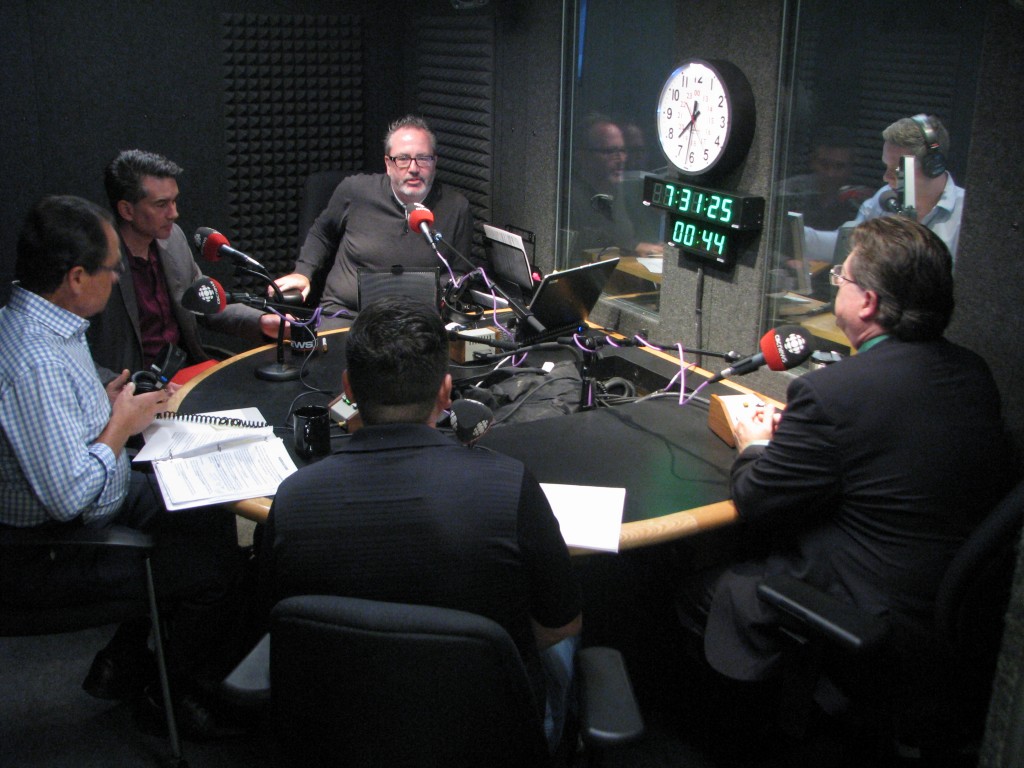 You can hear the interview on the CBC news story Meet your Kitchener Conestoga candidates – Kitchener-Waterloo.

Bob Jonkman is a former Green Party of Canada candidate. He ran in Brantford-Brant for the 2019 federal election, and in Kitchener-Conestoga for the 2018 provincial and 2015 federal elections. Follow @BobJonkmanGPC on Twitter.
View all posts by Bob Jonkman (he/him/his) →
This entry was posted in Event, Green Party of Canada and tagged Bob Jonkman, CBC, Craig Norris, Harold Albrecht, James Villeneuve, Tim Louis. Bookmark the permalink.