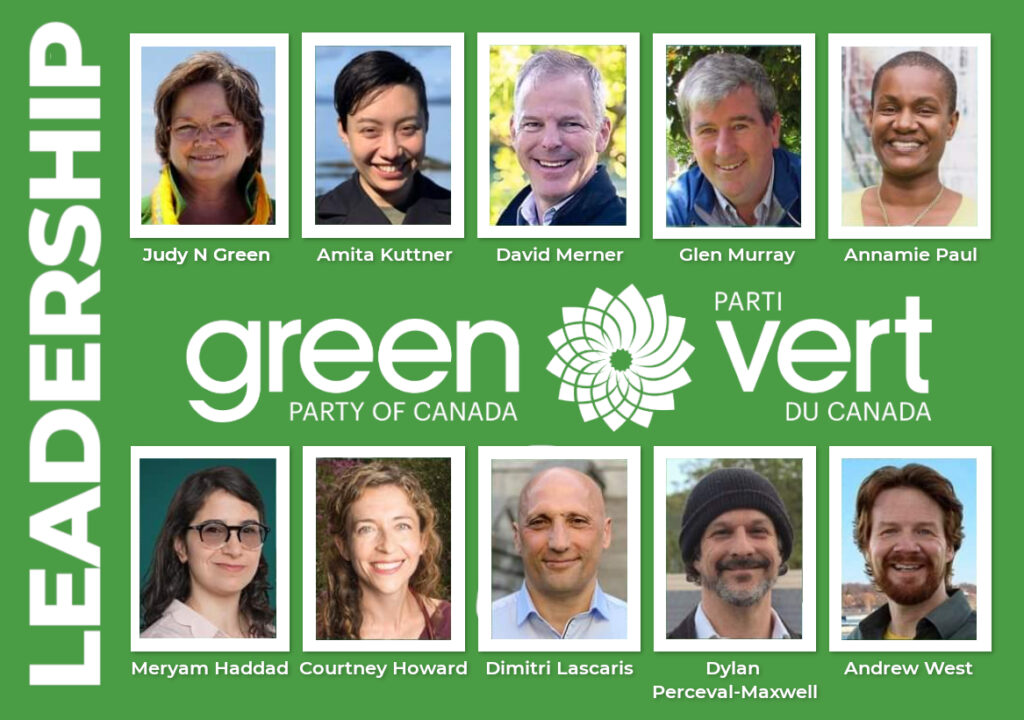 When Elizabeth May stepped down as leader, it triggered a Green Party of Canada Leadership Contest.  When the dust settled there were 10 excellent Candidates:

2nd Debate: The Agenda with Steve Paikin​ presents Who Will Lead the Federal Green Party?

UPDATE: Dylan Perceval-Maxwell is no longer a leadership candidate.