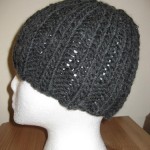 Can anyone explain to me exactly how the fee and dividend system is better than cap and trade?

I first read about carbon cap and trade in Scientific American in the 1980s when it was still an economic theory that had yet to be put in practice. The idea is that each year the government sells or auctions off carbon credits to set a maximum amount of carbon emissions that any organization can emit. Organizations are only permitted to emit as much CO2 as the number of carbon credits they’ve purchased. If an company wants to increase its production they need to purchase additional carbon credits from another organization that hasn’t used all of theirs.

A benefit of cap and trade is the absolute limit it places on GHG emissions. This makes it easier for government to meet their carbon emission targets. Even if organizations trade or purchase carbon credits, the total amount of emission is fixed by the number of carbon credits issued. The cost of carbon credits is reflected in the price of goods produced, driving manufacturing processes to minimize GHG production, and causing consumers to avoid goods that have increased prices from carbon credits. Additionally, the price of traded carbon credits increases as demand for GHG goods increases, which should limit the demand for those GHG goods. Carbon credits become a commodity of their own, with trading in futures, derivatives, options, and other market instruments.

But the drawbacks of cap and trade are also significant. Every organization that emits GHG needs to be regulated and monitored — not just the companies that extract or sell fossil fuels, but every manufacturer, every airline, even forestry companies that reduce natural carbon sinks by cutting down trees. There are ways to circumvent the caps by purchasing goods from countries that have no emissions regulations, and carbon credit trading is a benefit only to the wealthy who can afford to dabble in the market, thus increasing income inequality even more.

In contrast, the Green Party proposes a Carbon Fee and Dividend system.

The government will collect carbon fees when GHG emitting fuels are extracted, or as they’re imported across the border. These fees are returned as dividends directly to Canadians.

Carbon fees might start at $50 per tonne of CO2 initially, increasing by $10 each year to $200/tCO2 by 2030. The costs are passed on to the consumers who use fossil fuels, but the dividends are distributed to everyone.

For industry and business, knowing there’s a set, predictable price for carbon-based fuel allows them to plan for a transition to a zero-carbon economy. As carbon fees increase it becomes increasingly profitable to invest in renewable and sustainable energy, such as the manufacture of windmills, low-head hydro-electric power, solar and geothermal energy, and all the related energy storage technologies. New, high-tech jobs in the renewable energy sector will outstrip the dwindling jobs in the extractive industries in short order.

For consumers there is an incentive to move off fossil fuels to renewable energy. All Canadians will receive the same dividend, distributed through the income tax system. People who reduce their GHG footprints, people with low incomes, and those employed in the renewable energy would benefit more — carbon fee and dividend is a means of income equalization.

Over time, as Canada moves to a carbon-free economy the fees collected will diminish. We’ll have met our carbon reduction targets, and created a vibrant sustainable energy industry. The Green Party is very optimistic that actions such as carbon fee and dividends will result in progress in Canada’s climate change obligations.

Carbon Hat by Anne Heathen is used under a